Jake began tattooing full-time in 2005, once he had completed his apprenticeship in Melbourne’s outer suburbs. In 2007, he relocated to the USA where he worked in many different studios and conventions across Los Angeles CA, Austin TX and Brooklyn NY.

He quickly based himself in Southern California and worked at Sid’s Tattoo Parlour in Santa Ana. However, by 2010, Jake decided to return home to Melbourne where he was offered to join the team at Dynamic Tattoo. Jake enjoys all forms of traditional tattooing styles, and is happy to collaborate with the client’s ideas to create something original. 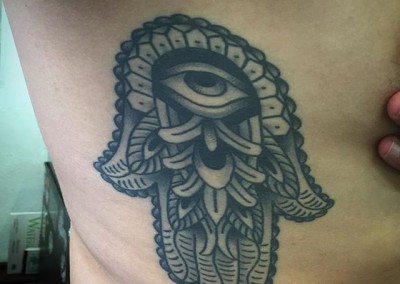